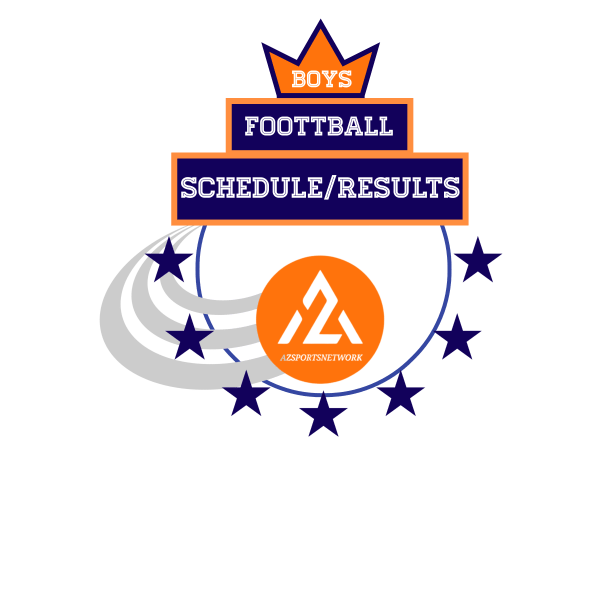 chances alive as they defeated #10 Lincoln Prep by the score of 42-20.

the region and 2-4 overall.  In the game Cicero Prep got a big game from

This was an interesting matchup because both head coaches had actually

played vs each other in HS. Cicero HC Dimitri O’Brien played for Valley

Chandler Prep Academy. They played  this game in 2010!

3 TDs and adding 3 successful PAT. The onslaught for SCA continued as they

to 62-0 in the 4th. However, Glendale Prep Academy would finally hit pay-dirt as

2 point conversion making the final score SCA 61-8 in favor of the #7 SCA Eagles.

SCA goes to 3-2 on the season while GPA drops to 1-4. According to our stats SCA

rushed for 7 TDs in the game.

7-0 SPW. The Pumas Takeo Shimasaki  then recovered a fumble for a TD to make it 14-0

after 1. Arete had chances on fumble recoveries but could not convert. Norian Banks

would score again from 26 yards out and with the PAT the Pumas took a  20-0 lead.

In the 2nd half it was all Pumas as they added another 28 points to give them the 54-0 victory.

For the game Norien Banks rushed for 217 yards and three touchdowns on 12 carries.

Go to Pinalcental for story on this game.  My recap was from Maria Vasquez.

IMO this was probably the best match of the Thursday games. Tonopah was without

their starting QB Chace Logan and are now relying on the young Frosh Malachi Wilt.

For Veritas who struggled at the start of the season had won 2 in a row and on a roll.

Veritas Prep’s first drive resulted in a TD, but Tonopah blocked the PAT to go up  6-0

at 5:09 in the 1st Quarter. Tonopah then answers with a long drive of their own for a TD

Tonopah had ball at midfield with 3:00 left in the half. Then with 42 seconds before the half

a 14-6 lead. Veritas then has the ball and throws an INT as Tonopah Austin Villarreal makes the

big play for the INT as both teams go into the half with Tonopah leading 14-6.

lead. The woes continued for Veritas as Tonopah then recovers a fumble to take over with just

under 3 minutes left in the 3rd leading 27-6. Neither team is able to score before the 4th quarter

After back and forth possessions Veritas finally gets

left in the game. However, that is all Veritas could muster as Tonopah wins the game 27-14 to up

their record to 4-1 as Veritas 2 game winning streak is stopped and goes to 2-4. Tonopahs Chevy

Diaz had 2 rushing touchdowns in the game.

team 38-0. This was a much needed offensive output for the Falcons who could only muster 6 points

vs a scrappy Globe team last weel although they still came away with the win.

Heading into this game Tuba City really needed a win to get their season on track. In reality TC

the playoffs. Tuba City was able to get their 1st victory by defeating valley sanders 24-0 before

a great showdown vs undefeated Alchesay next week.

after they have played one of the most brutal Strength of Schedules in all of 3A. Bourgade

out for them vs a very stellar defense. The ALA-West defense had almost held #3 PRCA

scoreless in their game. As we expected ALA-West exploded for 48 first half points to

take a commanding 48-7 lead into the half. BC was able to score in the 2nd half but not enough